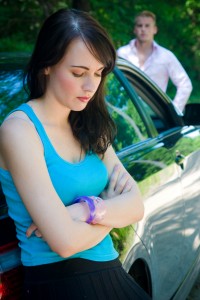 The quickly rising numbers of those who are addicted to drugs in the province of Ontario reveal some startling information. The first of which is that the age of the first-time user of drugs is getting lower in the last five years alone. This can mostly be attributed to the ease with which many drugs can be obtained. Unlike alcohol addiction, there are several different types of drugs that a person can experiment with. Drug rehab services, then, focus on the user instead of the drug.

Just like any other province in Canada, Ontario is feeling the weight of the burden of what people who are addicted to drugs are likely to do. Crime increases, death among the younger population increases, education ceases, and the toll on marriages, and families, is catastrophic. Drug rehabilitation services in Ontario have changed their defensive posture and are now actively engaged in the war on drugs.

The Role of a Drug Rehab Centers

It was often thought that the drug addict, or alcoholic, should have to hit what is called “rock bottom” before treatment would be successful. However, through extensive research, and people who are committed to fighting addiction, this is now not the case. The role of drug rehab centers in Ontario has a much different approach to alcohol and drug treatment.

Focus on User Instead of Drugs

With so many different types of drugs on the market today it is almost impossible to stop the flow. Ontario drug rehab centers have begun to change the focus in the way that they treat drug addictions. Drug addiction can have two forms. First, there is the psychological dependence that the user has to battle. Their mind believes that they need drugs in order to live. Second, there is a physical addiction. Because of the chemical build-up in the brain, the body sets itself up to receive these doses. The focus is now twofold. Treatment should be both psychological and physical.

There is no quick solution for someone who is struggling with drug addiction. The psychological dependence alone can take several months to years in order to combat. With intense counselling and around-the-clock care, many people find great success. Several rehab centers take this type of approach and have great success without resorting to other drugs. However, it is a long-term commitment. A commitment between the rehab center, the person addicted, and their family.

Besides the psychological addiction of the drug, there is also physical dependence. When the addict does not have the drug anymore, the physical problems can then become severe. This means that alongside the counselling, there are also withdrawal specialists ready to treat the detox process and the changes in the body.

Many rehab centers see some success, but by attacking the personal problem of drugs, the success rate is higher.