Well, here we stand in 2015 with a new liberal government to guide the Canadian people to wealthier, healthier and more productive lives. At least this is what the campaign of the elected candidate has told us. But how factual are those statements made by our newly appointed Prime Minister? I cannot speak for the wealthier nor the more productive but as for the healthier, this is an area that I can give an opinion on. The new Prime Minister made his intent clear on legalizing Pot. 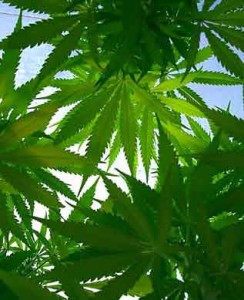 It has been a long time in the making that Canadians want to follow in the footsteps of our American counterparts. The debates on legalizing Pot are just a few step away from approval. But this only means it will cut down dramatically on the cost of arresting someone with two joints in their pocket.

The legalization of pot does not mean you can simply stand around a corner and smoke an ounce a week. It doesn’t give one license to smoke a joint while driving home or have a pipe of weed at lunch break during work. The real truth behind the legalization is simply to cut down on the high cost of justice actions for personal possession or use of marijuana.

It’s the long term that is the main concern, once the gate is open it’s really hard to close it back. Marijuana of any type is still a drug, it causes an alteration in the proper functioning of the mind, even if just temporary.

No one can deny this fact; take a good inhale of any marijuana joint or pipe, hold it for a second or two and exhale, it’s for sure that a few seconds afterwards you feel light-headed and giddy. Do it again and again and again, over and over; two maybe three times a week then each day for weeks and months; that feeling will turn into sitting on a couch, watching something you have no clue about, red-eyed and lethargic. Short-term and long-term memory loss is another side effect of Pot use.

The other fact is that the marijuana smoked back in the ’60s and ’70s that was imported, illegally, from California, Hawaii, Mexico and other hot spots is not the same as what is now on the market.

Today the growing of marijuana has taken on a new level of expertise, the level of THC within the plant has been increased through the science of Hydroponics. This permits the growing of the marijuana plants without the labour of earth and dirt in controlled environments with the proper care to increase its potency.

Legalizing Pot today means that users are getting stronger effects from the drug than in the past. Psychosis and in rare cases overdoses have been reported.

An important question to ask is, why hasn’t anyone questioned the reason a person requires using pot? What possible reason does someone have to use a mind-altering drug?

Some people drink wine with a supper as a digestive or just for taste. The fact is, many people in our present society are working with high-stress levels, huge debts, living with lies and bad decisions, suffering from sorrows from a long time past and overall just not happy with their present life.

Whenever a person is struggling with some form of pain whether emotional, physical or some bad memory that keeps popping up and a thousand other reasons, relief is looked for. Pain is not pleasant, emotional loss is painful and unpleasant and equally unwanted. People drink to get rid of some hunted feeling of a bad memory, drugs, illicit or not, are used for similar reasons.

The only error in this thinking is that when the temporary relief of the drug wears off the unwanted feeling returns. The solution is to take more drugs, this causes the person to become dependent physically and/or mentally, the result is always the same; addiction and bad health.

So even if marijuana does get legal status, remember it’s still a mind-altering drug and will in the long run bring about addiction, pain, suffering and is NOT a solution but simply the cause of a new problem.

After Prohibition, alcohol was legalized and it is the number one substance of abuse. Legalizing Pot will make it harder to discourage the use it. We depend on the next generation’s sanity to run the country that we must live in so discourage the use of it.