It is quite amazing the amount of attention these two states are given for this year’s Super Bowl. Washington and Colorado are the only two states of the U.S. to actually legalize Marijuana.  And their football teams are meeting for this national event in a state that hasn’t legalized pot. The amount of social media buzz on this subject is quite impressive the only problem that can be found with it is that much of the attention is directed to the marijuana issue and not the sports venue.

But the marijuana advocates are taking advantage of this opportunity to push forward their continuous fight to legalize pot in every state across the U.S. Understandably that someone suffering from a terminal illness or under chemotherapy might find the effects of Marijuana more appealing than some chemical pill fabricate in a laboratory and tested on a bunch of rats. But when viewing the big picture behind marijuana use it is undeniable that marijuana is a drug, it alters the state of mind and does have some negative effects on the body. 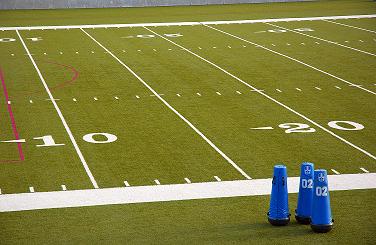 Pot, is it Harmless?

People think that Pot is okay to legalize because it is harmless or at least “less dangerous than…” Well, when comparing two substances and saying that one is more dangerous than the other is all open to interpretation. If you take one once of scotch compared to a case of beer it’s quite clear the beer amount will do more effect than one once of scotch. Marijuana taken in small amounts, one or two puffs will probably make someone giddy and smile foolishly at nothing. When a bit more is taken the person will then begin to act silly and do things they would not normally do. When a large amount is taken in one usage the person will probably feel a sense of sleepiness when in fact it is a level of unconsciousness.

Anyone who has used Marijuana for an extended period of time, months and years will be found to have a slower reaction time, a slowed or lagged speech, dull thinking operation even with simple tasks; decision reasoning is impaired, lower interest level in physical activities, etc. On the other hand, what are the benefits of smoking marijuana have been mainly related to severe illnesses to aid with the after-effects of invasive treatments. As for recreational use, there is no benefit, and what is the control level for someone driving under the influence of marijuana? How will law enforcement judge the legal limit of being stoned? 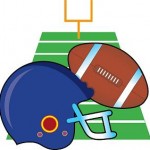 The main point in this blog is that the media should put attention to the Denver Broncos and the Seattle Seahawks and the sport of football. Leave the drug craving potheads in their own smoke and away from any media coverage that would associate pot smoking and sports. Let’s keep the sports teams clean and an example for kids across the country, a good player is good because they are healthy, they practice, work out and play clear-headed. They aim to win for the team and their own personal goals.

On the other hand, if you or someone you know is struggling with pot addiction and need help this is what drug rehab counsellors do.

Help people with drug addiction to Marijuana and other drugs and give them hope by finding the right drug rehab center.