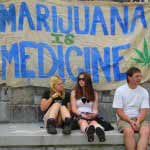 Marijuana is well-known over the decades, first as simply an imported illicit substance used by many just to chill out and ‘’be more one with the universe’’. When the risk and cost were such that import became more inaccessible Canadians began to grow their own weed. It was not of the same quality but then certain educated drug users read up on the growing techniques and suddenly hydroponics was born. As the years moved on the weed became more potent and more accessible for pot users and younger potential clients.

Then it was found that certain sources lobbied to have marijuana with its mind-altering effects become accepted as a medicinal supplement to aid with certain diagnosed conditions. So now south of the border Marijuana growers are seeing a business opportunity and not connected to the anxiety of arrest at any moment. This then gains popularity with others and soon it is an imported idea in Canada. Pot in Canada is still being used illicitly with only a small minority of people given the status of medical marijuana user.

But it doesn’t end there, with new technology the hydroponic growers are finding ways to increase the potency once more and the pot being sold is now causing overdoses, a new condition not seen before. Finally, we get the 21st-century marijuana where the THC of high potency is now extracted and dried turning it into what is being labelled “chatter” which causes an instant high and is very addictive. Anyone would think that it couldn’t get any worse but it does.

As seen in recent news reports of young people overdosing and being rushed to the ER or dying from this new form of Pot. Someone got very evil and took a simple plant that is normally smoked and decided that it would be a good thing to lace it with opiate-based drugs, such as Fentanyl. This is a very high potent pain suppressant opiate. Fentanyl is 200 times more potent than Oxys and normally prescribed to people being treated for cancer, which has caused great concerns across the nation. Even at this writing new legislation is being looked at to bring better control for this prescription medication.

In all cases, marijuana is simply a mind-altering plant that has many mild to severe side effects. Long-term will create slowed activity, loss of ambitions and general lethargy. Though now with it being laced, meaning altered with other substances, there is no prediction as to the effect it will cause any given person. From one use you can have the expected high and the next time you can overdose or worse, die. This is a serious situation in Canada and elsewhere.

Why take a chance, even when you know your dealer of illicit drugs, you probably don’t know where he or she got her drugs from. All drugs pass through at least five to ten different people before being consumed. Even the best of investigators from the RCMP Drug Enforcement Division have difficulty backtracking the origin of some drugs. All drugs are bad for people, it is not a naturally occurring substance for healthy bodies. Why people take drugs is not part of this writing but it is simple to state that wherever people suffer relief will be searched for. Drugs bring temporary relief to physical pain or unwanted or painful emotions.

Do yourself a favour and that of anyone you care about, say no to drugs no matter how cool, or tempting it may seem. It could be the last cool thing you do. Stay alive and free, stay away from mind-altering drugs.